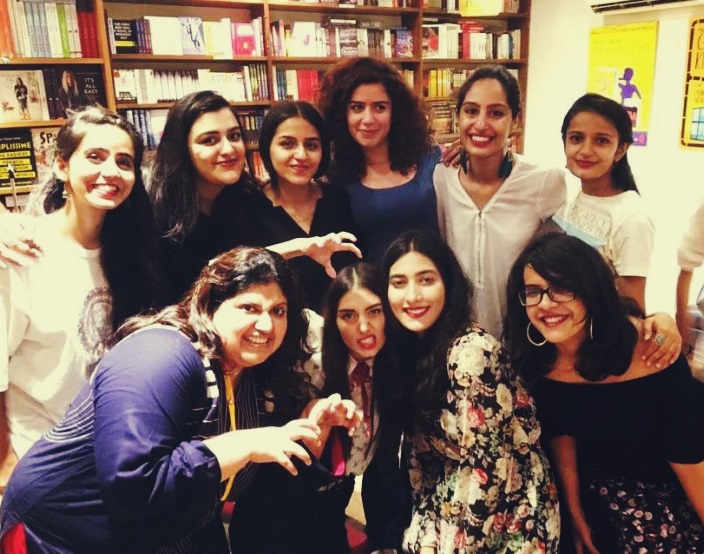 The Auratnaak Show has become the first famous demonstration of female stand-up comedy in Pakistan. Starting in Karachi on June 3, 2016 with the participation of the monumentally talented Faiza Saleem, the show travelled to Lahore to include other such beauties with a funny bone. The encore performance for the first show previously performed in Lahore at The Last Word on September 3, 2016 was destined to be unveiled, yet again, at the Taseer Art Gallery in Cantt. Scheduled to start at 6, the production house not anticipating the swarm of people soon ran out of tickets and had to send the rest of the crowd home.

The “Auratnaak” with all preconceived notions attached to the name, was dangerous in all the right ways; where the ladies moonwalked into precarious societal territories and twirled flawlessly on the taboos cherished in Pakistan. Consequently, visual footage of the occasion was not allowed.

With the tickets priced at Rs. 600 each, the crowd accommodated was around 60-80 people. The revenue to be divided within a lineup of 10 ladies suggests that the objective of the project was not solely revenue generation but to rather open up a medium of communication about the social depletions being faced by women today.

Much of the content used was personal, original and irrevocably relatable. Many of the issues raised were legitimate and among fits of laughter, the audience was also schooled on the merits of being a woman in the patriarchal society of Pakistan – tackling subjects like misogyny, vanity and objectification. A member of the audience said: “It’s great to see women denying social constructions to be themselves, we need more of that.”

The show has received much-deserved appreciation on their honesty and humor, along with a tidal wave of hate which was (obviously) given without remorse. So, to these brave and delightful young women, who had the charm and eloquence to disembowel our society, with a wholesome wit and the perfect comic timing, I say; More power to you!

To get more information on The Auratnaak Movement, go to their Facebook page: https://www.facebook.com/auratnaak/?fref=ts