The world’s largest video sharing site YouTube has announced that content creators from Pakistan will now be able to monetize their videos and earn revenue through the YouTube Partner Program. Google, the company that owns YouTube, has recently introduced two new features for Pakistanis on the popular streaming site: the ability to save videos offline for 48 hours through their mobile apps, and monetization for content creators.

Since the lifting of its three-year long ban in Pakistan, YouTube has seen a substantial rise in viewership within the country. The ban incidentally also turned Pakistan into a very viable domain for Google to capitalize on, since YouTube was not able to capture the Pakistani market when it became mainstream in 2012.

YouTube stars such as Felix “PewDiePie” Kjellberg and Lilly “IISuperwomanII” Singh have become some of the biggest internet celebrities with millions of followers on social media, and have made use of the YouTube Partner Program to grow their audience while earning millions of dollars. Google hopes to be able to promote the same kind of creativity and opportunity that such people have availed within the Pakistan region, working with local content creators to engage audiences while simultaneously incentivizing them through ad revenue.

Pakistani content creators such as Danish Ali and Metal Gamers who have been using social media platforms like Facebook and Twitter to work on their content are looking forward to the recent move taken by YouTube. Ali Gul Pir, a Pakistani rapper and comedian, says, “YouTube for Pakistan before the ban was a glimmer of hope as we did not even have a single record label in the country. So musicians and artists only had YouTube and that’s where I released my first song as well. It got over 3 million views. It made my career but then YouTube was banned and we were back to zero. I still made content but we would use Twitter and Facebook to show the work, and frankly that didn’t work well because those platforms are not made for content creators.”

With the recent introduction of support for Pakistani artists, gamers, animators, and movie enthusiasts, YouTube looks to be the perfect stage for Pakistani social media celebrities to conquer and earn a living from. 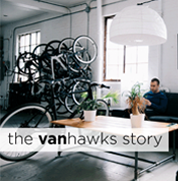