You have successfully applied for this job. Browse similar jobs
This job is saved successfully. You can access it later from Saved Jobs
Error occurred while saving job, please try again

We are looking for highly organized and creative Documentary Creator/Film Making Director who will be responsible for taking the concept for a film project and turning it into a finished film by assembling a cast and/or crew and shooting the sequences. It involves managing a large production crew of the film or TV production, hiring and appointing members of the technical crew and cast, managing the actors working in the film/TV, securing, or procuring finance, studying the documents and retrieving relevant information. He will be responsible to control the film’s dramatic and artistic aspects.

• Interpret scripts, directing film crews and actors and overseeing the production of the final film.

• Control film’s creative aspects and oversees all visualizations used in the final production of a film.

• Work with Actors and other individuals on set to ensure the film matches creative vision for the final production.

• Identify set locations for different scenes in the film.

• Work within budgetary constraints when needed.

• Adhere to a production schedule to ensure the film is completed on time.

• Ensuring that actors and the film crew interpret a script based on the film’s narrative style.

• Collaborating with the editor to create the film in its final form.

• Reading scripts and working on its continued development.

• Assisting in the marketing and promotion of the film.

Minimum 5 years of experience in a similar role.

The candidate must have the following qualities:

Rozee is Pakistan's # 1 online job site which connects talent with opportunity. Rozee provides services to job seekers and employers by providing them one platform for job searching and hiring, respectively. As Pakistan’s largest online recruitment platform, it is used by over 100,000 employers and 9.5 million professionals. Since its inception, Rozee’s platform has facilitated over 1 million job placements and has the largest database of searchable CV’s in Pakistan.

What is your Competitive Advantage?

Get quick competitive analysis and professional insights about yourself
Talk to our expert team of counsellors to improve your CV!
Try Rozee Premium
I found a job on Rozee!

Log in to find out who you know at ROZEE.PK

Note: You must take this online test to complete your job application. Click the button to take the test now or visit your dashboard to take it later. You can also find a link to this test in your registered email address.
Start Test

Are you qualified for this job? 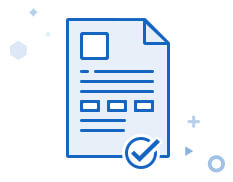 You have of remaining job application credits for the month. Are you sure you want to apply for this job?

You have consumed all of your credits. 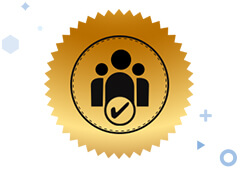 Rozee Premium members can apply to an unlimited number of jobs each month. Subscribe now and unleash your limitless potential!

اردو‎ | 中文(简体)‎
By signing up to your account, you agree to Rozee’s Terms of Services and consent to our Cookie Policy and Privacy Policy , and agree to be contacted by employers via Rozee. You also consent to receiving marketing messages from Rozee and may opt out from receiving such messages by following the unsubscribe link in our messages, or as detailed in our terms.

Rozee.pk is not in business with below-mentioned companies due to multiple fraudulent recruiting complaints/activities which begun with fictitious interview inquiries sent by instant message (IM), email, or text. If the employer asks you to pay money for any purpose including processing to shortlisting, please immediately report at [email protected].