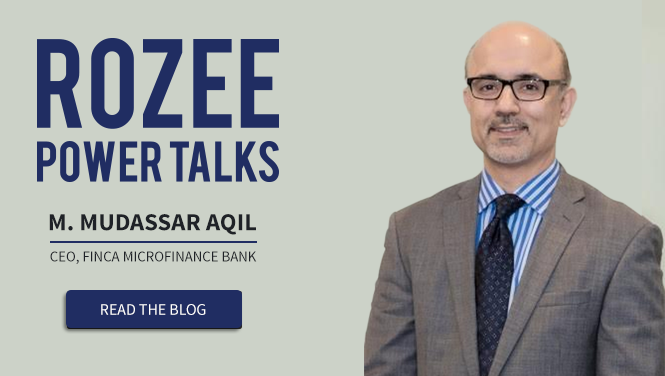 In a simple definition, microfinance is providing financial services to the low income people of the world. The advent of microfinance as a global industry started four decades ago, almost in parallel from two different regions of the world. The ideology was originally found in Southern Asia where Mr. Muhammad Yunus was establishing the roots of Grameen Bank in Bangladesh, and soon after in Latin America where FINCA’s founders, Rupert Scofield and John Hatch, were testing out the village banking model of micro credit.

Currently, about 50% of the world’s population does not have an access to a bank account and 85% of the people in Pakistan do not have an access to any kind of formal financial services. The situation is even more dismal when we talk about people having access to credit based facilities, which comes up to approximately 5% of the population. To understand how this financial exclusion undermines economic progress, you have to look at the overall pattern of employment in the country. About 75% of the people that live in the urban populaces are working with small and micro enterprises. While in the rural sector, more than 80% of the people are farming on a land that is less than 5 acres in area. Essentially, Pakistan’s economic engine is being run by these small entrepreneurs and farmers. However, these hardworking people fail to extract the benefits of a traditionally inclusive financial ecosystem because it simply does not cater to their needs. Today in Pakistan, there are 4.3 million people getting a loan from a microfinance institution. That is a sizable contribution the microfinance sector is making but there is still a long way to go, because the size of a microfinance segment overall is estimated to be about 24 million potential borrowers.

It is extremely important that we improve the financial inclusion in Pakistan because every individual, irrespective of economic background has certain financial needs: the need to transact, the need to save and the need to borrow. A lot of times cash flows are inconsistent, which means there is a gap between when you need the money and when you get the money. These gaps must be plugged by what are called income smoothing loans. When people have enough savings, it gives rise to a need to invest and lastly, it creates the need to insure and protect what you have. These are the basic financial needs that should be addressed for every single person. Globally, research has shown that access to finance is one of the most fundamental pieces of intervention that can be made to have the most meaningful impact on the state of human life.

To gauge the mitigation of ‘risks’ in micro-lending, one has to look at the evolution of microfinance industry in retrospect. Traditionally, microfinance started from the rural areas of the world. A group of people with similar needs were given small, equal amounts of loan in exchange of a cross guarantee, whereby if one person defaults then the rest of the group is meant to pay for that person, which is also called solidarity lending. Today, microfinance has evolved to cater to the micro and small businesses operating in urban centers as well, and offering microcredit that can be easily availed. Majority of our borrowers do not have a meaningful asset that can be used as collateral. It makes sense to chalk out credit scoring methods, like FINCA has implemented, which work around any collateral requirement. As a result, 92% of our loans today are without any collateral.

Millions of people have gradually improved their standard of living and come above the line of poverty in Pakistan. We are determined to ensure that this progress continues. Globally, FINCA conducts periodic research to quantify the effect of microfinance in the 21 countries that it has a presence, including Pakistan. FINCA in Pakistan has given close to half a million loans to the small and micro enterprises in the last 7 years; we have disbursed over 30 billion rupees and have recovered over 99% of these successfully back. We have gathered from our research in Pakistan that through this process of micro credit provision, we have created about a 100,000 new jobs!

Pakistan is very well positioned in terms of infrastructure that allows it to innovate with a lot of upside potential. In the next 5 to 7 years, I predict another 100 million people entering the banking net, much of which will be done through digital channels and I see FINCA playing an important part in that.

Reputation Management in the Digital Age

Accelerators and Incubators – Shaping the Future of Pakistan 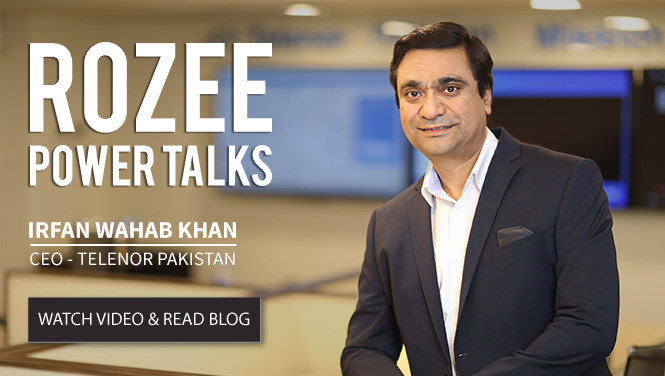