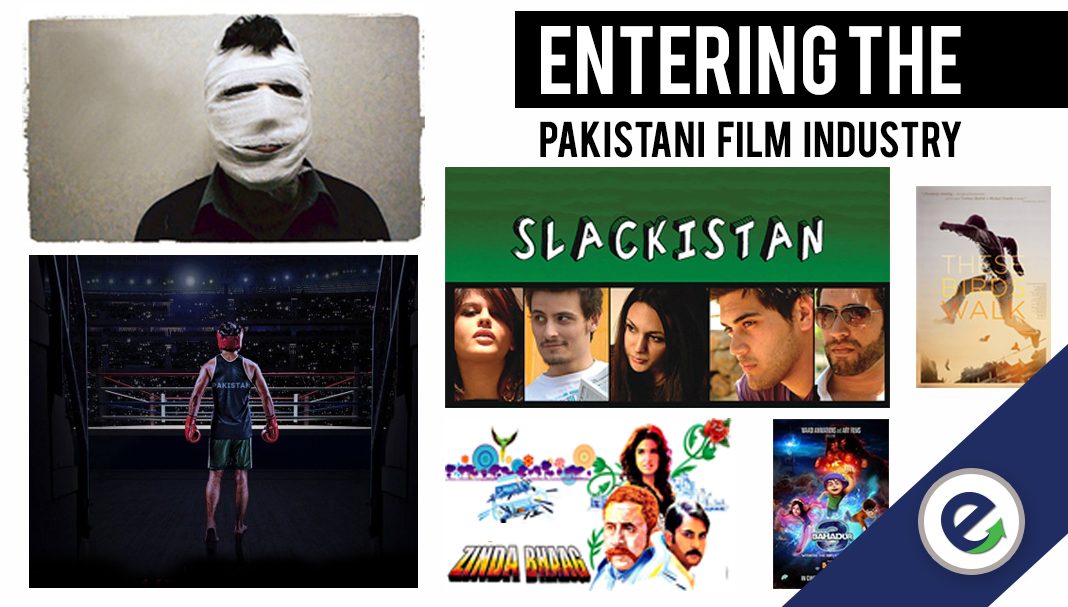 Note: The following story is a contribution by writer and filmmaker Kanzul Fatima Arif for ROZEE.PK. You can find out more about the author in her profile below.

I cannot even begin to explain the amount of times I have heard this line since I graduated back in 2015, and mind you I still get it thrown at me more often than not. All creative stories and ideas are so indulgent and interesting until that awkward moment where you realize that you need to pay the bills and this unfortunately is going to be the thing that will pay them. So, you muster up all your argumentative skills and switch to a friendly, yet firm, yet an insanely fake tone of negotiating money.

All of this is often avoided in other more grounded professions, where market salaries and the monetary worth of roles are defined. As film graduates are jolted out of the glorious bubble of being film-makers, and ushered into the struggling industry which allegedly is still in its revival, it is a rather turbulent spiral of confusion they find themselves in. With a short documentary or fiction film in one hand and a fancy sounding degree in the other, film graduates resort to mediocre paying jobs and compromise on creative control to get by. For the time being we can call this the Birth. A film graduate is birthed at the moment he or she receives their degree. They have a paper that states they are legal members of this “Film world” much like the birth certificate each one us is issued as we come into this world, wailing.

Here on, the film grad, learns to start to talk. They will pick up the language that must be learnt for them to be able to negotiate, sound smarter and more experienced than they are. They must also learn to shape shift, from individuals to mere objects on a set, with no emotions or demands whatsoever. Usually leaping at the first opportunity that is thrown at them, it could be being an Assistant to a stylist, wardrobe in charge or if they are really lucky, then to the Director or the producer. It is this very opportunity that will decide the quality of the next few gigs they will associate themselves with.

However, these experiences are very important. A film graduates matures by the minute in the market, gathering the artistic and practical exposure that they require. Consequently, films that are made through market experience are a lot more digestible than those that come out of theory.

It is indeed an exciting time to be graduating with a degree in film, where the possibilities for drafting new formulas are endless, the audiences are very open to many different kinds of narratives.

A very prominent emerging narrative style can be observed which blends the cinematic world with that of Advertising. With key players of the advertising world are venturing into the world of cinema. Changing the look and feel that has been the standard of Pakistani films for quite some time now.

Many of my classmates and fellows who graduated with me with some of the most gutsy and brilliant films are now employed at Advertising agencies and Digital marketing agencies. On paper both have tremendous opportunities for utilizing a film-maker’s potential for creative execution of ideas, on the contrary however, it usually is not so. They are not given the space or credibility to be able to add to the conception of ideas as it is usually an area designated to communication and design professionals. Now, I in no way mean to imply that it should be otherwise, rather, that the lack of systems and institutions that can assist and groom film makers in the spectrum that they are trained in are lacking.

By now I hope you are either dialing the number of all your film maker friends to offer condolences or have decided to never let anyone you know become a film-maker in Pakistan, but all is not lost. Pakistani cinema is truly in its revival, we are finally embracing narratives over quantity and the comeback of Urdu genre films is visible, it will be slow but we will get there. Cinema always finds it way.

However, the most refreshing embrace is that which the advertisement world is making. We have picked up the remarkable model of the Indian Television Commercials, who have gained a world-renowned reputation to come up with tear jerking commercials. In Pakistan, we have seen a shift towards Television Commercials which are truly short films, Pepsi’s Light up Lives, HBL’s Mount Everest and Shaan Biryani are commendable in their absolute packaging of culture and narrative in minutes.

“Remember, there is a world out there hungry for the stories from Pakistan.”

So, if you are a film-maker reading this, or you are still in school, remember there is a world out there hungry for the stories from Pakistan. We have cultures and traditions that we in the cities are unaware of, let alone the world at large. Pick up that pen, point that camera and let your imagination do the rest. And if you are not a film-maker, but a viewer, I urge you to support local cinema. You are as much a part of this change and revival as the film makers. Without you, these films will not be made. Without you, there will be no personal Pakistani stories to travel and teach the world. Without you, we cannot exist. So, I urge you, go get that ticket for the latest Pakistani film and let it run its course from there onwards.

Disclaimer: The views and opinions expressed by this writer and all other contributors are their own and do not necessarily reflect the views and policies of ROZEE.PK