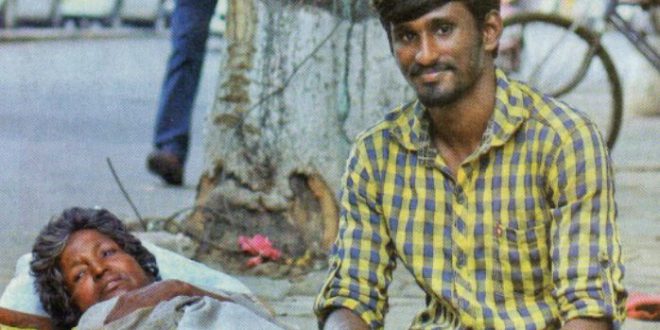 Jayavel, a young man 22 years of age who started off from begging on the streets of Chennai, India has recently been making waves in the media for going to university in the United Kingdom. Attending the Wrexham Glyndwr University to study Performance Car Enhancement Technology Engineering, Jayavel is a fine example of inspiration and the success one can achieve by following their dreams.

After migrating with his family in the 80’s to Chennai due to a failed crop season, Jayavel was left without a home and financial support from his parents. As a result, his family had to resort to begging, and Jayavel endured a life of sleeping on the side of streets and scavenging for food and money. “We used to sleep on one such pavement. If it would rain, we would try to find other shelter in any nearby shop until the cops came and chased us out of there,” recounts Jayavel. It was during his time living in deplorable conditions that he met Uma Muthuraman and her husband, who ran a charity organization named Suyam Charitable Trust. The couple saw promise in the child, and after much hard work, were finally able to take him under their wing and help him gain an education.

Jayavel’s exceptional hard work and Mr. and Mrs. Muthuraman’s dedication bore fruit as the young lad scored outstanding marks in his 12th grade examinations. This prompted the couple to gather more donations for his education, and after clearing Cambridge University’s entrance examinations, Jayavel was offered a seat at Wrexham Glyndwr University in Wales to study a course on enhancing performance on race cars. Jayavel is exceptionally grateful to the two for helping him achieve his dreams, and plans to work for Suyam Trust in the future after he completes his studies at the University of Turin in Italy where he is currently enrolled for further education. He also wishes to help out his siblings, and to end the harsh life he is familiar with that children still face on the streets of Chennai. “When I was young, I was unaware of life, education or what my future will be. All I knew was that if I did not beg, I won’t get food to eat,” says Jayavel, mirroring the sentiments that children just like him face every day. For Jayavel, nothing makes him happier than the knowledge that he is on his way to achieving his dreams, and helping others reach theirs.

Jayavel’s academic term in Italy is due to commence in October 2016. If you would like to contribute in any way, kindly drop a message at [email protected] along with your NAME, LOCATION and contact details.