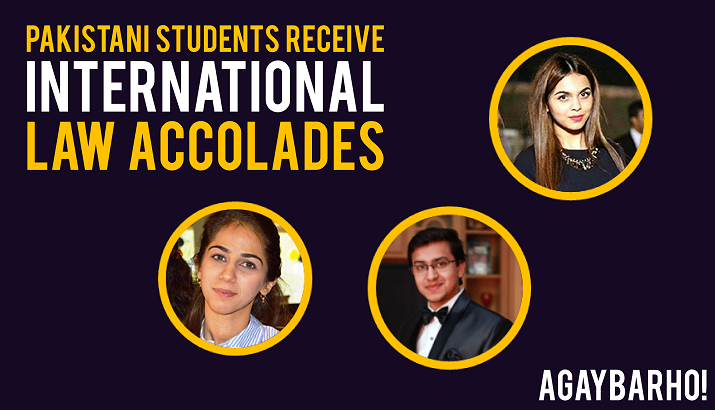 Ikra Saleem Khan, a student of University College Lahore, has recently scored the highest aggregate marks in the University of London LLB examinations of 2016. She has received a First Class degree from the prestigious examining body along with two other Pakistani students, Rubab Tariq Khan and Muhammad Kazim.

The students are part of the nine international First Class degree holders from 2016, and share the highest number of students who have been awarded the degree by country with Malaysia. Ikra Saleem Khan was enthralled to be awarded the distinction of topping the LLB exams, and stated that her success was due to “persistence, hard work and dedication” and individuals close to her “whose tireless efforts helped me on my journey.” Ikra has also been involved with endeavours in the Dramatics and Music society at the University College Lahore, making her an all-rounder success story.

Alongside her, fellow First Class degree holder Rubab Tariq Khan graduated from the Pakistan College of Law, and is currently working with a law firm in Pakistan, with an offer to teach the subject of International Protection of Human Rights at her alma mater. Describing the process of attaining her LLB degree as a “roller coaster ride”, Rubab sees herself as “a product of the hard work of all my well-wishers.”

Muhammad Kazim, the third candidate from Pakistan to achieve a First Class degree is a Lahore native who studied at The Institute of Legal Studies (TILS), and has the unique distinction of being the only male student being awarded the degree this year. Speaking at length on the hard work he has put in to achieve such a noble distinction, Muhammad Kazim states, “[T]here are two types of people: intelligent and hardworking. But in my experience, hard work can triumph over intelligence any day.”

We congratulate the three luminaries on achieving such a prestigious distinction from one of the most respected universities in the world, and wish them the very best for the future!